South Lincs Foundry recently received an interesting phone call from  Mr Martin J Booth. Martin owns a lovely little Austin 20, however when travelling in his Austin 20 to a rally he noticed a strange noise, followed by a cloud of steam billowing from the engine bay before coming to a sudden stop. Martin knew almost straight away that the cylinder head had cracked.

Martin needed help with finding a new cylinder head, but with the Austin 20 being a vintage car this would prove to be difficult. After contacting Dave at South Lincs Foundry it was discussed and agreed that we would be able to reverse engineer the Austin 20 cylinder head, making a new pattern using the original measurements and then cutting up the old head to check wall thickness and internal bosses for metal thickness.

Once South Lincs Foundry pattern shop finalised the pattern for the Austin 20 Cylinder Head it was then passed over to the foundry where the casting took place.

The installation of the cylinder head onto the block went perfectly thanks to the accurate measuring from the team at South Lincs Foundry. 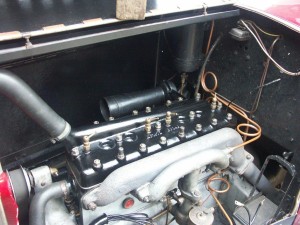 Martin was very grateful for the work undertaken by South Lincs Foundry and sent us a very kind letter thanking us for all the hard work.

“I think the car now runs better than it ever has. Thank you.”

South Lincs Foundry would like to thank Martin for his order and wish him happy motoring for the future. 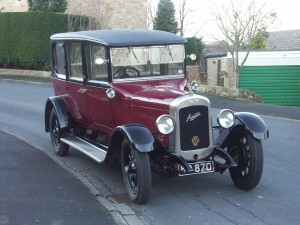 Martins Austin 20 Back on the road again